The spectacular geological features of Zion National Park were formed more than 250 million years ago. At one point, the area was covered by a low body of water before the huge rivers made their way through the landscape. It was then left to be one of the largest deserts on earth. It is these sand dunes of the desert that later became the now stunning 2,000 foot cliffs of the Zion National Park. The park is now a home to the most scenic canyon views in the country. The 229 square mile radius now includes the juniper covered plateaus, enormous pines, windy Virgin River, narrow sandstones canyons and many other springs, seeps and waterfalls. And there are few better places to stay in Zion to experience these things than Zion Ponderosa Resort, and it’s located on the upper-east side of the park. 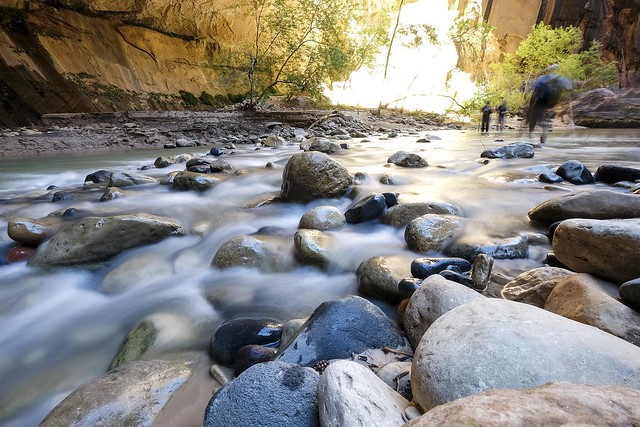 Located at the edge of the Colorado Plateau, Zion National Park is a large and uplifted region extending from Northern Arizona to Central Utah and includes part of New Mexico and Colorado. Over several million years ago, the region’s rock layers were uplifted, eroded, and tilted thereby exposing successive colorful cliffs known as Grand Staircase. The staircase is a representation of a stunning record of the history of Earth from more than 2 billion years ago and up to the latest geological period. The geological event of the region is sequentially shown by the rock layers in Zion, Bryce and Grand Canyon.

More than 240 million years ago, Zion was just a flat basin. Gravel, sad and mud got eroded from the nearby mountains which then eroded to the basin where there were layer deposits. It is the weight of these layers that caused the basin to sink and the top surface to remain near the sea level. As the climate changed and the land rose, the environment fluctuated from coastal plains to the shallow seas into the windblown desert’s land. This sedimentation process continued until there was an accumulation of close to 10,000 feet.

Through the compacted sedimentary layers, the waters that are filled with minerals are slowly filtered. Calcium carbonate, iron oxide and silica transformed layers work in cementing stone over a long period of time. Limestone was turned from seabeds while clay and mud became shale and mudstones while desert sand transformed to sandstone. Since every layer originated from a different source, each is different in color, thickness, mineral content and general appearance.

Uplift is a process that slowly and forcefully pushes the earth up. The force was a vertical push that forced huge blocks upwardly to cast Zion. Therefore, Zion’s elevation went up from near sea level to close to 10,000 feet above sea level. The uplift still occurs. In the year 1992, a magnitude of 5.8 magnitudes caused a visible landslide just outside the Springdale park’s entrance. As they made their way to the sea, there was a great cutting force from the uplift. Zion’s location along the uplift’s western edge made the streams to rapidly stumble off the plateau. As the rock layers got cut, larger boulders and sediments were carried together thereby forming narrow and deep canyons. Since the uplift started, the Virgin River’s North Fork carried several thousand feet of rock away which once lay over the top of Zion. Today, the Virgin river still carves its path. The Virgin River was once dammed by a landslide and formed a lake. As sediment settled at the still waters bottom, the lake drained and the river breached leaving a flat bottom valley.

This change can be witnessed from Zion’s south scenic drive that is near the Sentinel’s slide. The slide was active again in 1995 hence damaged the road. Flash floods have also played a major role in forming the park. This happens when sudden thunderstorms cause water to be dumped on the rocks exposed. Little soil is left that absorbs the moisture while water runs downhill gathering volumes on its way down. The spontaneous water floods can raise the water flow by more than 100 times. For example, the waters of the Virgin River increased from 200 cubic feet per second to 4,500 cubic feet per second thereby damaging the Sentinel Slide’s scenic drive.

Beauty With Age
Scroll to top